24 September 2012 8:16 am | By Samuel Dale
Deputy prime minister Nick Clegg has unveiled plans to allow individuals to use sizable pension pots as a guarantee to help their children raise a deposit to buy their first home.
The plans are currently being investigated by the Department for Work and Pensions and the Treasury and would allow parents to use up to 25 per of their pension pots to guarantee first-time buyer mortgage deposits by setting aside part or all of their future tax-free cash lump sum entitlement.

The policy was initially considered for inclusion in the Government housing strategy in December 2011 but was dropped when it was published.
Yesterday, Clegg told the BBC’s Andrew Marr Show: “This is part and parcel of something which I think most people agree with, which is that as we fill in the black hole in the public finances we have also got to make sure that we do not put Humpty Dumpty back together again and make the same mistakes, that we rewire the British economy and make it fairer and give people more opportunities.”
Treasury chief secretary Danny Alexander told the BBC: “There are an awful lot of parents who don’t have enough cash to help their children get on the housing ladder. In many cases, they might well have built up a substantial pension pot - that’s their only asset - which they will be able, when they reach retirement age, to release a tax-free lump sum.”

Mortgage Analysis - Will we see a remortgage bounce?


A rise in remortgage lending and an optimistic forecast for the rest of the year offered a rare piece of good news last week but experts are still cautious about future growth. The LMS Remortgage Report estimates remortgage lending for July rose 13 per cent compared with June, from £3.1bn to £3.5bn. Signs of market improvements are to be welcomed.

Remortgages now represent only 25 per cent of all gross mortgage lending, down from 32 per cent in July last year.

LMS chief executive Andy Knee says: "The good news is that better deals have materialised. Lenders have recently launched a number of sub-3 per cent rates with terms of four or five years."
Coreco director Andrew Montlake says the backdrop of rising SVRs from a number of the major high-street lenders could give the remortgage market the push it needs to return to a position of strength.

"Every time another lender puts up an SVR, as Santander did recently, you get a rush of phone calls as people think about getting something in place for when their rate expires."


"For those who are on interest only, the self-serve clients, what are they going to do? They are just stuck and until that logjam is unstuck, the market is never going to return to what it should be."

The Council for Mortgage Lenders agrees. A spokeswoman says: "We have seen movement from some lenders on SVRs and new business pricing and that will be a motivator for those borrowers who are not sitting on such great deals or who are more risk adverse.

"People on very low interest-only rates may still adopt a wait and see attitude which may have even increased in the wake of eurozone wobbles as they believe policy rates will stay lower for longer."

What does this all mean for you the man on the street?

Basically that irrespective of your circumstance you should review your mortgage with your mortgage broker to calculate the best route forward, even if you are on a low variable rate.  A good adviser will tell you when to move and plot a regular review period for you to ensure that if the market do move you can capitalise on it as quickly as possible.
page 1
Posted by Unknown at 14:10 No comments: 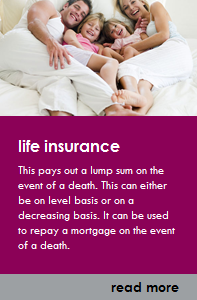 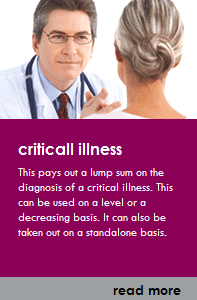